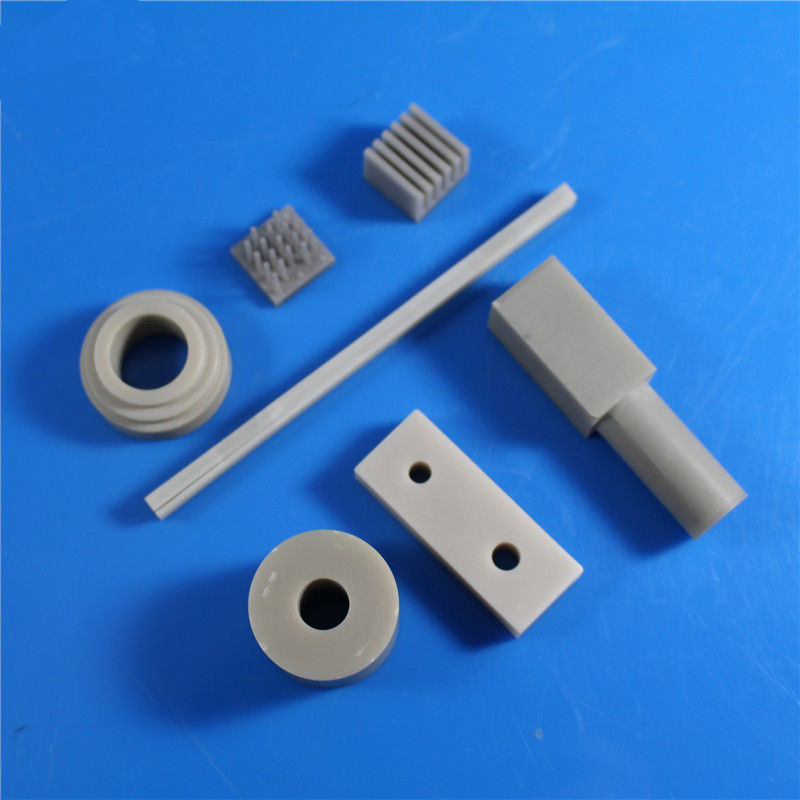 Below are the detailed properties:
Thermal property
The theoretical thermal conductivity of AlN is 320W/m•K, the thermal conductivity of the prepared polycrystalline AlN is generally 100~260W/m•K, and the room temperature thermal conductivity is 10~15 times that of Al2O3, which is close to BeO ( The theoretical thermal conductivity is 350W/m K), and when the temperature is higher than 200℃, the thermal conductivity is better than that of beryllium oxide; in the range of 25~400℃, the thermal expansion coefficient of pure AIN is 4.4×10-6K- 1, similar to the thermal expansion coefficient of silicon (3.4×10-6K-1).
Electrical properties
The room temperature cathode rate of pure AIN is greater than 1014Ω•cm, which is a good insulating material; the dielectric constant is about 8.0 (1MHz), which is equivalent to Al2O3; the dielectric loss is 10-4 (1MHz), and the dielectric withstand voltage is 14KV •mm-1, high electromechanical coupling coefficient (0.8%), piezoelectricity and negative yield.
Mechanical properties
At room temperature, the Vickers hardness of dense AIN ceramics is 12GPa, the Mohs hardness is 7~8, Young’s modulus is 308GPa, and the flexural strength can reach 350MPa. The room temperature strength is reduced by about 20%, while the hot-pressed Si3N4 and Al2O3 are generally reduced by 50%.
Chemical properties
AIN has excellent high-temperature corrosion resistance, is not wetted by various metals such as aluminum, copper, silver, lead, nickel, etc., and can also exist stably in some molten salts such as gallium arsenide; AIN has strong moisture absorption It is easy to react with water vapor in the air; in the air, the initial oxidation temperature of AIN is 700~800℃. Under normal pressure, AIN will not melt but thermally decompose at 2260-2500 °C.
Other properties
The blue and ultraviolet range has properties such as light transmittance, good resistance to electromagnetic radiation and electron and ion bombardment, and the highest surface acoustic wave propagation velocity among the reported related materials. 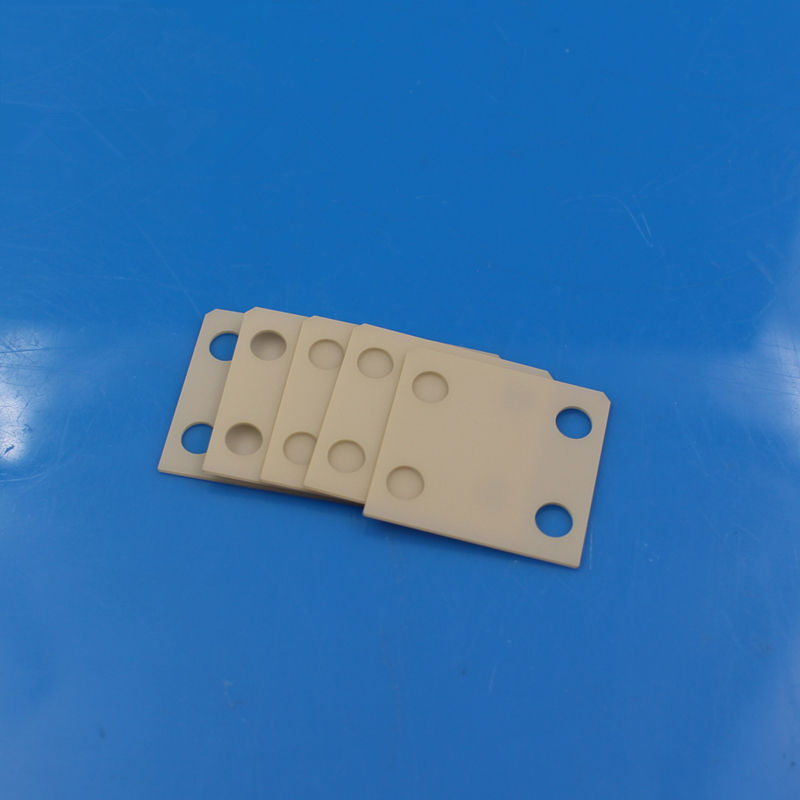 The application of AIN
In the civil field, aluminum nitride has been widely used in integrated circuits, automobiles, high-speed rail, electric power, semiconductors and other fields, such as integrated circuit substrates, IGBT control modules, electrostatic chucks for wafer processing, high-power LED heat sinks, etc. . At the same time, it is also suitable for making heat-resistant materials, film materials, composite materials, etc.
In the military field, aluminum nitride has been used in aerospace, defense weapons, microwave radar, etc., such as ship navigation systems, missile positioning systems, ground radar systems, and so on.
If you want to know more, pls contact us. 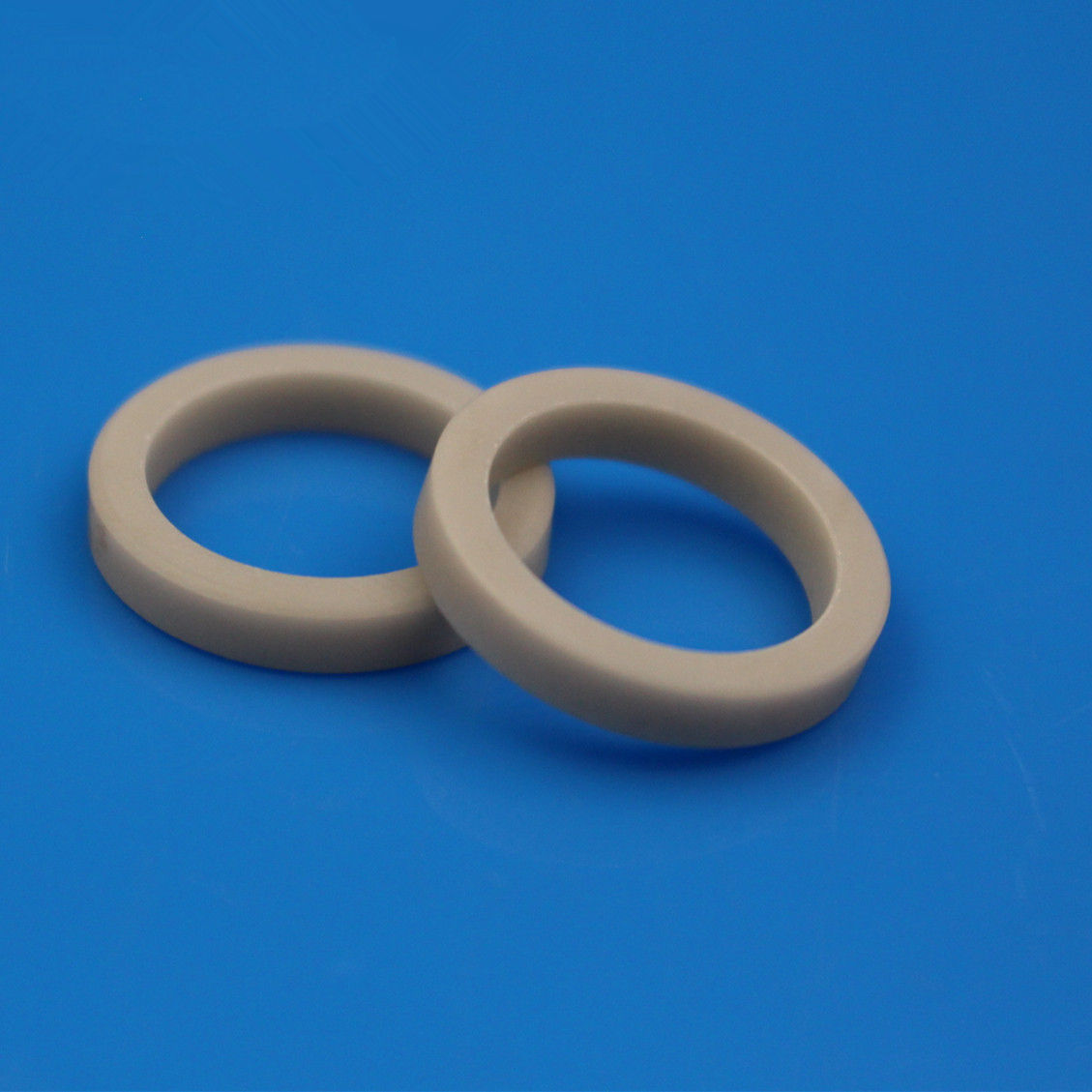