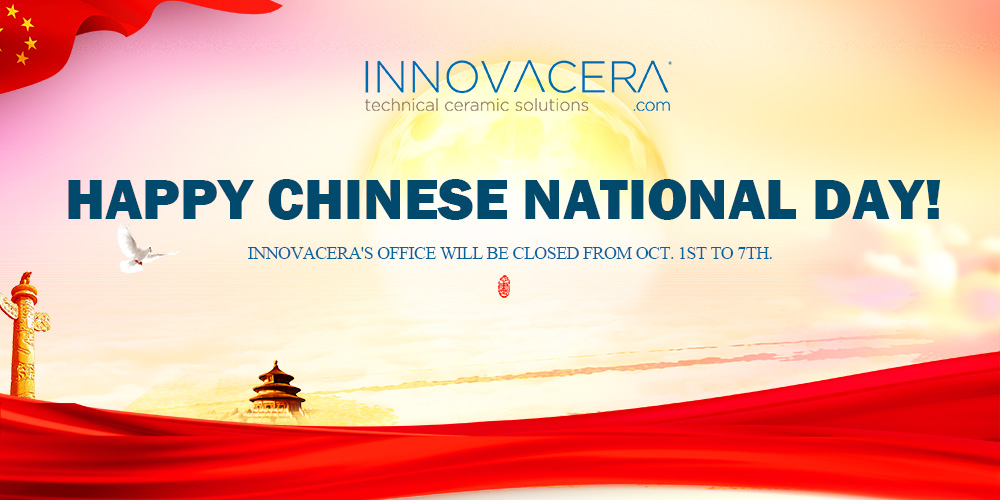 Chinese National Day is celebrated on October 1st every year to commemorate the founding of the People’s Republic of China.

October 1st, 1949 was the memorial day for the founding of the People’s Republic of China. One thing that should be noted is that the PRC was not founded on that day. Actually, the Chinese independence day was September 21st, 1949. The grand ceremony held at Tiananmen Square on October 1st, 1949 was to celebrate the forming of the Central People’s Government of the brand new country. Later on October 2nd, 1949, the new government passed the ‘Resolution on the National Day of the People’s Republic of China’ and declared October 1 to be the Chinese National Day. Ever since 1950, every October 1st has been grandly celebrated by Chinese people.

During the holidays, please feel free to send your e-mail inquiries to sales@innovacera.com, we will get back to you once coming back to work. We wish you a peaceful and happy holiday!